Things to do in Obzor

Obzor is a small town and seaside resort on the Black Sea coast of Bulgaria. It is situated in a gulf between the areas of Burgas and Varna.

The Thracian and ancient Greek name of Obzor was Naulochos, a small port on the coast of Thrace, a colony of Mesembria. The ancient Romans named it Templum Iovis (Temple of Jupiter) but during the Ottoman rule of Bulgaria, it was known as Gözeken.

The beach of Obzor is about 10 km long and 20 to 60 m wide, making it the longest and widest beach between Sunny Beach and Golden Sands. Especially beautiful are the southern beach and Irakli.

Obzor offers various options for accommodation – there are large and luxurious hotels as well as small family hotels, as well as a rich variety of entertainment options for children - there are attractive facilities, slides and pools at the hotel complexes.

South of Obzor, the highway courses for 14 km through open vineyards and the heavily wooded Balkan range to Cape Emine, which overlooks the Bay of Nessebar. Bulgaria's stormiest cape has a lighthouse, ruins of a medieval fortress and a monastery. 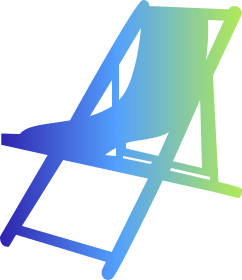 Evening departure. Early morning arrival in Istanbul. Breakfast  in the restaurant of hotel Bekdash 4* Panoramic tour with bus in the European part of the city centre of Istanbul, starting with a visit of the mosque and Hippodrome, after that…

An adventurous trip by jeep in the South! Explore some ancient sites and beautiful landscapes. Begliktash is an open-air museum that represents prehistoric rock sanctuary created by the Tracians tribes in the Golden Age. After spending time in this archaic…

Day 1: Evening departure. Early morning arrival in Istanbul. Excursion with bus in the European part of the city centre of Istanbul, starting with visit of the mosque and Hippodrome, where is the Egyptian obelisk and The Snake tower. After…

Let the crew on our most luxurious boat spoil you like a real celebrity. Feel the wind through your hair and have a drink while observing some breathtaking views. And don’t forget to bring your swimming suit – the location…